“Viruses and nutrient cycles in the sea” is honored with the John H. Martin Award by ASLO

“Viruses and nutrient cycles in the sea”, 1999, by Drs. Steven Wilhelm (University of Tennessee) and Curtis Suttle (University of British Columbia) recently received the 2021 John H. Martin Award presented by the Association for the Sciences of Limnology and Oceanography (ASLO). This award is given to one paper each year that has led to fundamental shifts in research focus and interpretation of a large body of previous observations. The award will be presented at the 2021 ASLO Aquatic Sciences Virtual Meeting in June.

The foundational 1999 paper, conceived while Wilhelm was a postdoctoral associate in the Suttle lab, originated the concept of the ‘viral shunt,’ the phenomenon in which viral infection of marine microbes redirects organic carbon flow away from higher tropic levels and through the microbial loop. Drawing on early estimates of viral production in the water column, Wilhelm and Suttle shined a light on the considerable role viruses play in ocean biogeochemical cycles at a time when much of the research was focused on describing viral diversity and distribution. Their calculations showed that a staggering 25% of all photosynthetically fixed carbon, and associated nutrients, in the ocean may be recycled through the viral shunt. Additionally, Wilhelm and Suttle made some of the first estimates of the total carbon stored in the viral pool and made eye-opening comparisons to the carbon stored in other types of marine organisms (including whales). Today, the concept of the viral shunt continues to influence our understanding of ocean ecosystem functioning and nutrient cycles. With >1000 citations, and more than 300 in the last five years, the legacy of “Viruses and nutrient cycles in the sea” and the viral shunt concept is still strongly felt in the field today. 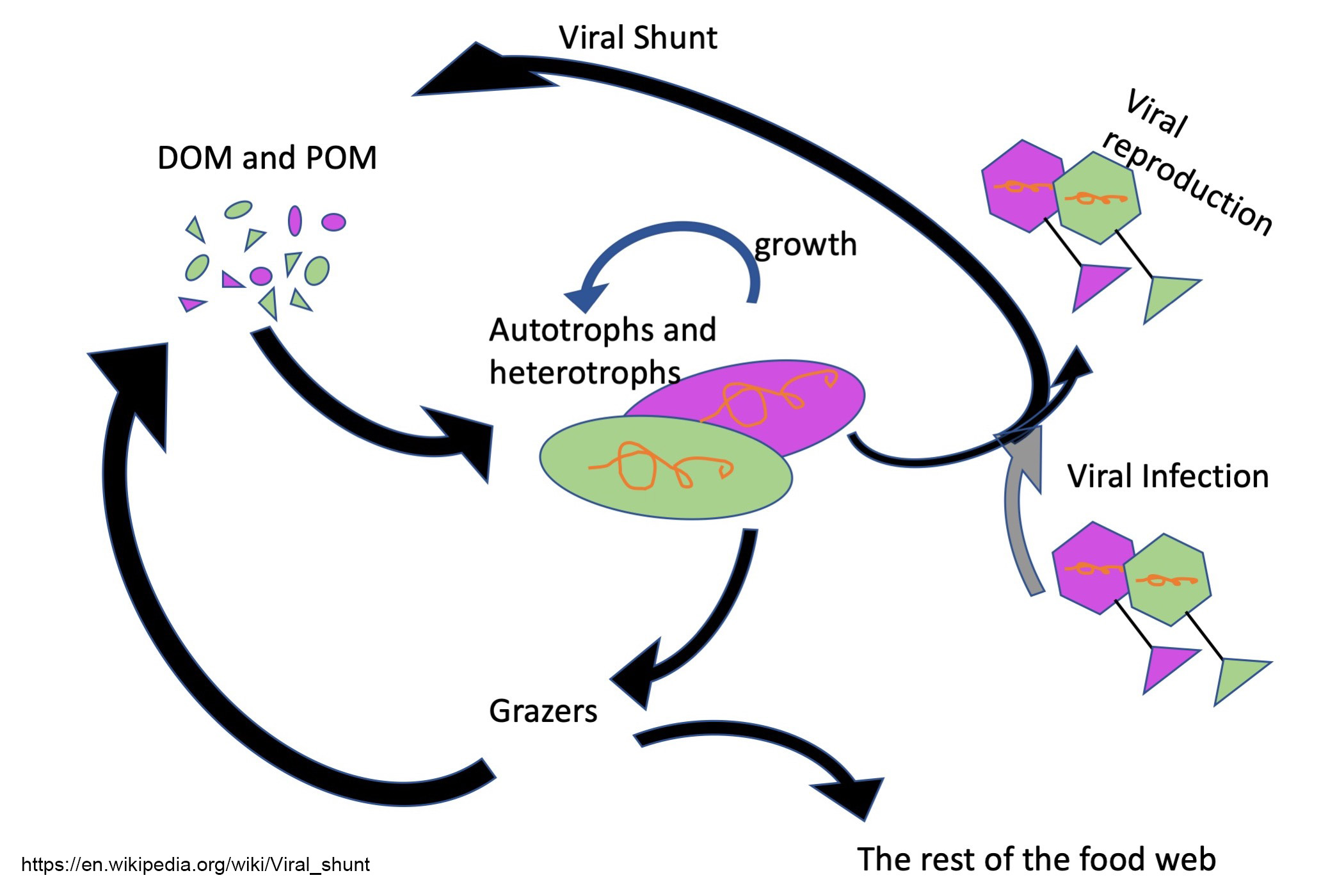 “Every so often a novel concept is described which truly transforms a scientific field for decades,” says ASLO President Roxane Maranger. “Wilhelm and Suttle’s concept of the ‘viral shunt’ as a major pathway of oceanic carbon flow in their 1999 paper is a stunning example of such a transformation.”