The deep, ‘ambient’ pacific mantle sampled by the Kea side of the Hawaiian plume, which was thought to be relatively chemically homogeneous, contains chemical heterogeneities, according to a new UBC EOAS research published in Geochemistry, Geophysics, Geosystems.

The Hawaiian Island volcanoes record 6 Ma (mega annum; millions of years) of potentially deep mantle chemistry and form two parallel volcanic chains that are geochemically unique, named Loa and Kea. Volcanoes from the Loa trend have more “enriched” isotopic compositions, indicative of the presence of recycled surface materials in their source, whereas volcanoes from the Kea trend tend to have average deep Pacific mantle compositions. 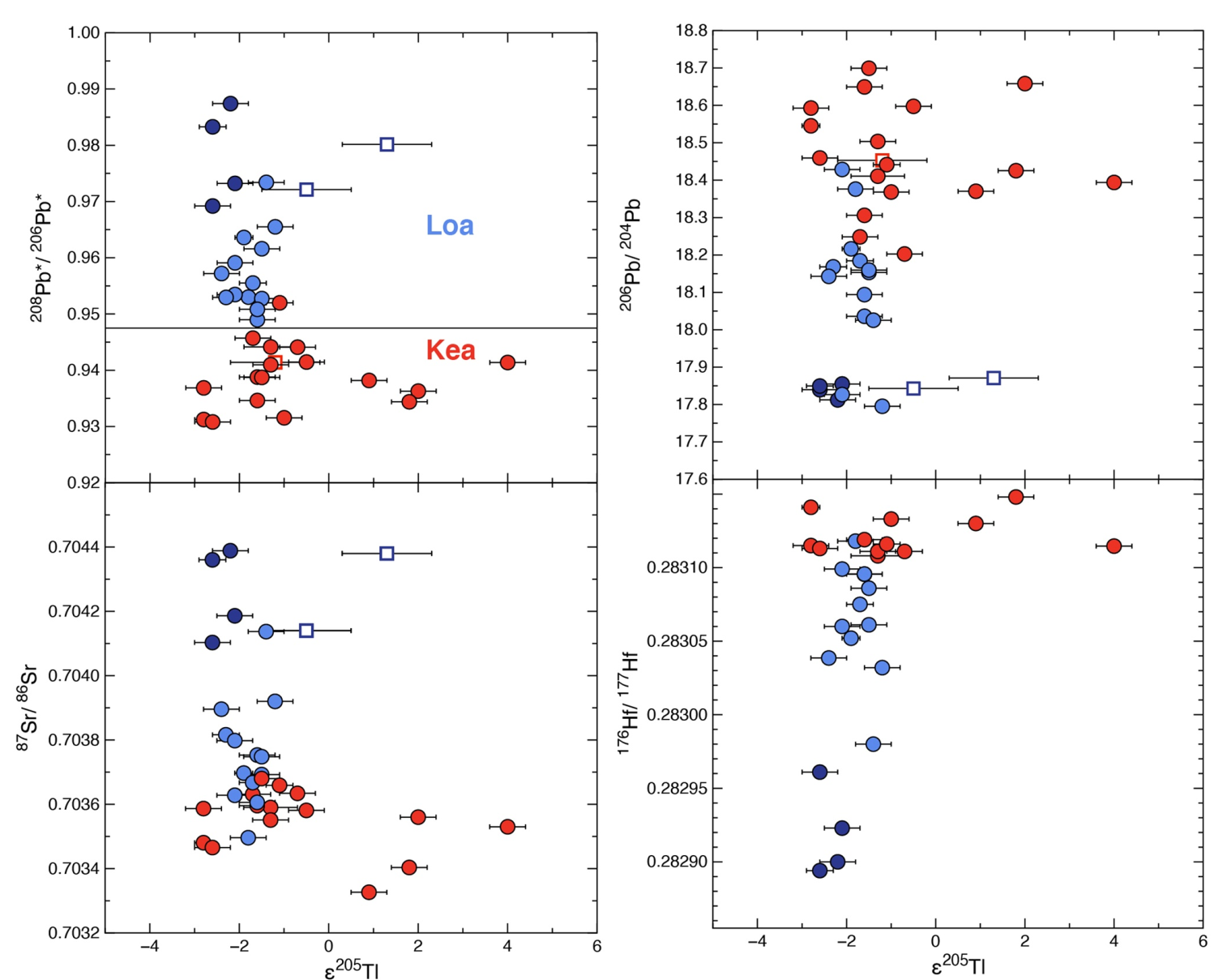 Thallium isotopic compositions in Hawaiian lavas compared to radiogenic isotopes from Williamson et al, 2021.
The scientists found that among other indicators, the heavier Tl isotopic compositions measured in some volcanoes of the Kea geochemical trend might co-vary with oxygen isotopes, suggesting that their Tl compositions could also result from the presence of recycled surface materials in their source. “The Loa side of the Hawaiian plume typically erupts more chemically heterogeneous lavas, but in the case of thallium isotopes, it’s the Kea side that is more diverse in composition,” says Williamson.

The study shows that the mantle source of both the Loa and Kea geochemical trends likely contains materials recycled through the mantle, which is significant because thus far the Kea volcanoes have shown fairly uniform isotopic compositions representative of the average, deep Pacific mantle.

Departmental Colloquium: Intersections between Earth Science and a Society-Spanning Response to the Climate Crisis (Jan 13 to Feb 17)