The Department is pleased to announce that Professor Catherine Johnson has been awarded the Killam Research Prize, an award which recognizes the outstanding research contributions of faculty from across all disciplines. Prize recipients are celebrated for creating and disseminating knowledge that has a global impact.

Dr. Johnson’s work is more than global, and focuses on the history and evolution of terrestrial planets – namely, Mercury, Mars and Venus. She uses remotely-sensed geophysical data to better understand the history and evolution of terrestrial planets, and has worked on several NASA planetary missions, including the Mars InSight mission and the Mercury MESSENGER mission. Her current work aims to understand the magnetic fields of Mercury and Mars, including when and why they formed, their current state, and how the fields interact with the solar wind. “A huge unknown” she explains, “is the level to which magnetic fields protect a planet’s atmosphere from space weather”, a question with implications for human space exploration and habitability in this solar system and beyond.

Her work also focuses on planetary evolution and internal structure, and what that means for current planetary seismic and volcanic activity. Dr. Johnson works with a wide range of remotely sensed data, including altimetry, radar and gravity measurements. Data is collected by lightweight, low-power, instruments specifically designed to resist the challenges of operating in space.

“You’re required to be very creative, in a responsible way” she says of the intrinsic limitations on data quality and availability. Leaps and bounds in instrument technology between missions means that new data can improve on in resolution by an order of magnitude or more, revealing in detail features that may have previously taken up only a handful of pixels. “I love it; with each new mission to a planet or moon or asteroid you almost always see something unexpected.”

Looking forward, Professor Johnson is excited for multiple upcoming missions to Venus which will collect data on the composition and structure of the planet’s atmosphere and surface. She plans to answer questions about Venus’ suspected volcanic and tectonic activity using data previously shrouded from view by the planet’s thick, toxic atmosphere. “Venus was my first planet” she says, referring to the geophysical work she did on the planet during her PhD and postdoctoral studies. “It is so different from the Earth in so many ways, but would look equally habitable to our planet from a galaxy away – why is that?”

Though not directly involved in the upcoming missions, Dr. Johnson will have access to the resulting publicly available data. With datasets so sparse and expensive to obtain, collaboration is a driving force in propelling the field of planetary science forward. She stresses the key role it has played in her research group’s success: “this award is an honour, and it’s not about me; its about the people who I’ve had the privilege to work and collaborate with.” 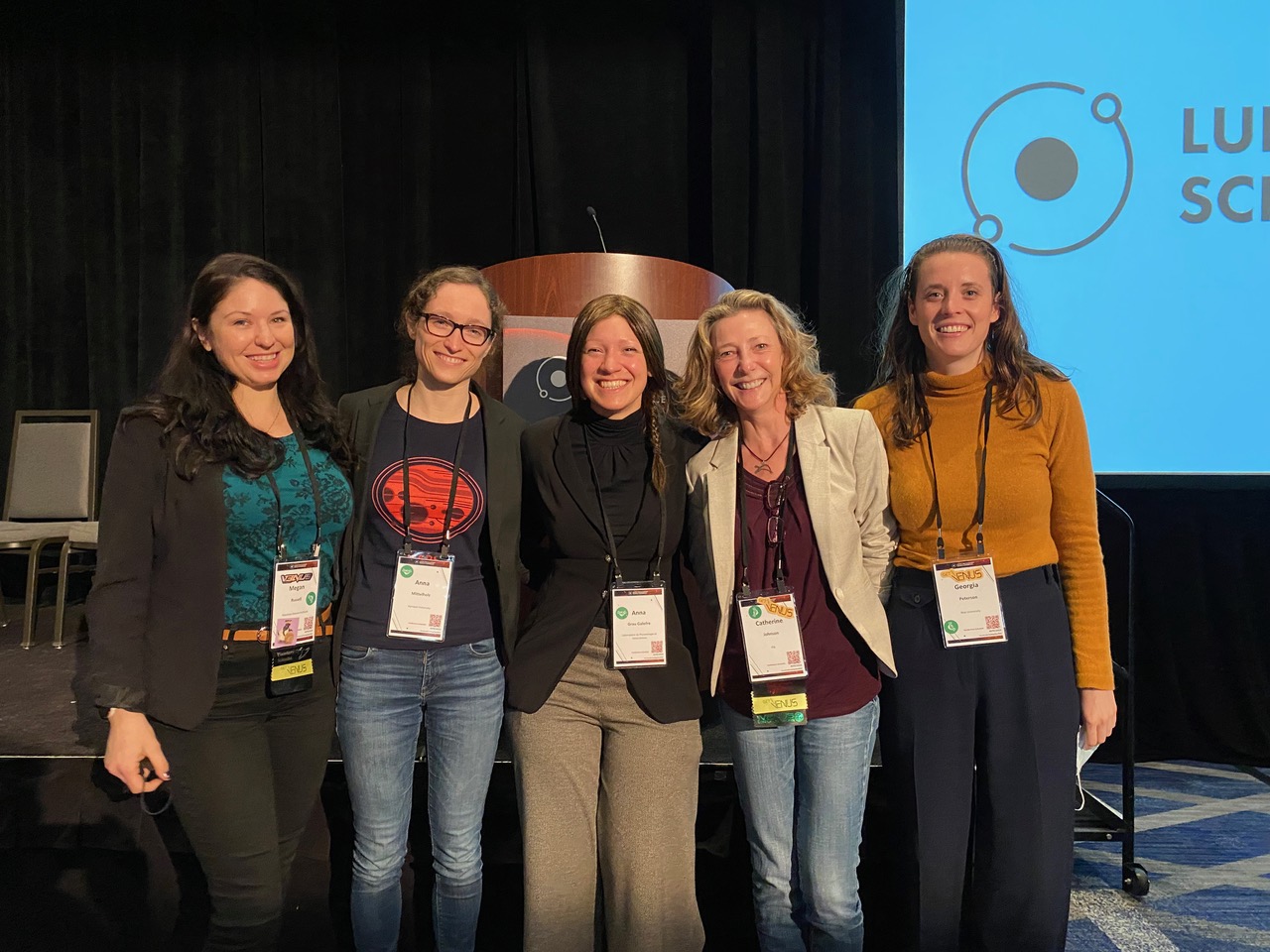