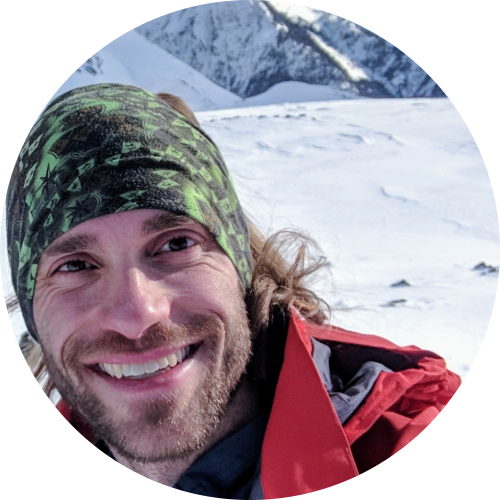 I study volcanic eruption plumes, and their eventual impact on climate. In particular, I'm interested in the role of water (gas, liquid, and solid) in influencing the physics and chemistry of rising eruption clouds. These properties in turn directly control the ability of volcanic plumes to deliver ash and climate-altering gases to the upper atmosphere. Water is incorporated into volcanic plumes in three distinct ways: as dissolved water already present in magma, as vapour in the ambient atmosphere, or as surface water that comes into contact with erupting magma, such as a lake, ocean, or glacier. We know that volcanic eruptions can have large impacts on global climate - can local climate, particularly the hydrosphere, in turn influence eruption behaviour, creating local or global feedbacks?

As a volcanic plume rises, it draws in and mixes with the surrounding atmosphere through a process called entrainment. As a result of this mixing, the plume may cool very rapidly as it rises, which results in the condensation and freezing of water vapour in the plume. This process not only changes the thermal properties of the plume, but also leads to a very complex mixture of gases, liquid droplets, and solid particles in the plume, which interact with each other physically (eg, collisions, sticking together, breaking apart), chemically (eg. gas absorption onto ash particles) and thermally (heat exchange between particles and liquid and gas phases). Using both of observations of volcanic eruptions (video, thermal imagery, etc) and numerical modelling of plumes, I aim to understand how the relative amount of water in the plume changes the height and distribution of resulting volcanic clouds. This information is in turn useful in understanding how these clouds will spread in the atmosphere, affecting local populations, air traffic, and global climate.

In addition to my current research, I have a background in acoustics, seismology, and signal processing. During my Master's degree I worked with members of the Alaska Volcano Observatory to understand and interpret the sound waves generated by explosive volcanic eruptions. I also worked as a consultant in oil and gas reservoir characterization, performing geophysical inversion of seismic and well-log data.

I have experience as a teaching assistant across a wide range of earth sciences courses, including: