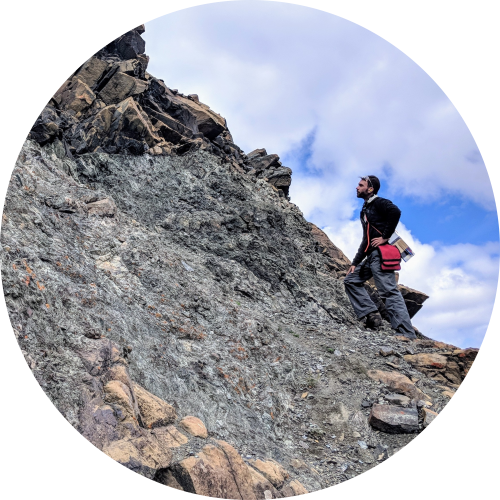 Magmatism at subduction zones has contributed significantly to the growth of continental crust throughout geologic time. Ore deposits in convergent margins of nickel-copper-platinum group elements (Ni-Cu-PGE) in ultramafic-mafic intrusions, rocks dominated by olivine-pyroxene-hornblende that crystallized from mantle-derived magmas, are gaining global importance as an economic resource, yet remain poorly understood and underexplored (Manor et al., 2016, 2017; Nixon et al., 2015). The Polaris complex exhibits many of the features typical to Ural-Alaskan-type ultramafic-mafic intrusions and is one of the best exposed (mostly alpine) ultramafic-mafic bodies in the Canadian Cordillera, second in size only to the Tulameen complex. The North American Cordillera hosts a considerable number of zoned ultramafic-mafic bodies (e.g., Duke Island, Tulameen, Giant Mascot), variably endowed in Ni-Cu-PGE mineralization, that are interpreted to represent the frozen magmatic conduits of Mg-rich arc lavas. Contributing to the understanding of arc-related magmatic conduit systems is paramount to filling knowledge gaps which currently exist regarding the origin of the zoning and timing of mineralization within the chronology of intrusion assembly and overall relationship to the life cycle of a subduction zone.

In collaboration with the British Columbia Geological Survey (BCGS), this project combines extensive detailed field mapping and sample collection to gain observational and analytical constraints in the development of emplacement mechanism models utilizing geochronometry and geothermometry as basis for model development. Current research at UBC, following established high-precision analytical workflows at the Pacific Centre for Isotopic and Geochemical Research (PCIGR), involves trace element geochemistry and U-Pb geochronology of zircon to constrain petrological processes and to develop a spatio-temporal (4D) emplacement framework for the Polaris intrusion as an arc magmatic conduit system. With the geochronological framework in place, mineral (olivine, clinopyroxene, hornblende) and whole rock geochemistry, including Pb-Sr-Nd-Hf radiogenic isotopes, will be investigated to evaluate variations in source components, parent magma(s) compositions, and differentiation processes with respect to time. These results will aid in evaluation of primitive arc magmatism and the role of mid-crustal magmatic systems through comparison with lesser exposed intrusions throughout the North American Cordillera (Alaska to California) and globally (e.g. Urals). As the age of the Early Jurassic Polaris intrusion coincides with the initial stages of breakup of the Pangea supercontinent and the concurrent initiation of terrain accretion in the Cordillera, this research will contribute to our understanding of Cordilleran tectonics and subduction zone magmatism.