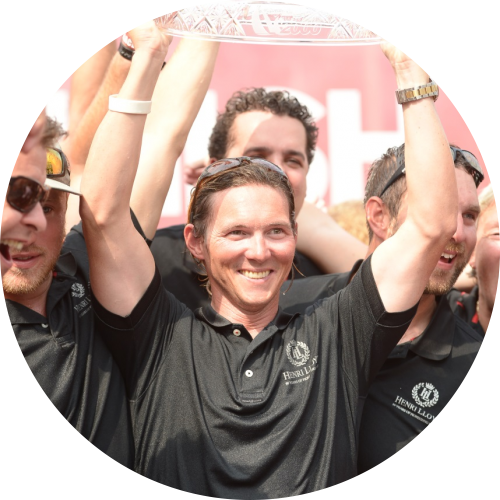 Eric Holden used his knowledge gained at UBC as a meteorologist to help him skipper the winning boat in the Clipper Round the World Yacht Race. "At times it was a significant advantage", says Eric, "We had the confidence to make the big strategic decisions at key points in the race, and when to hold back as the weather was just too unpredictable".

The Clipper Race is the longest ocean race in the world, covering over 65,000km over 11 months in eight stages around the globe. The professional skipper leads a team of novice sailors in a demanding race against 11 other identical 70 foot yachts.

"We experienced conditions ranging from hurricane force winds and mountainous seas in the Southern Ocean, to alternating glassy calms and intense tropical squalls with waterspouts in the doldrums". Eric added that witnessing the weather around the planet was one of the professional highlights of the race.

After graduating from UBC in 2006, Eric followed the usual route of atmospheric science graduates, entering Environment Canada's weather office, although it wasn't long before the call of the sea beckoned him once again. To keep his hand in sailing while continuing to work as a meteorologist, he combined his passion for sailing and fascination with the weather by providing weather forecasting services for the yachting industry. It was while working in the UK as meteorologist to the Canadian Sailing team at the London Olympics that Eric was put forward as a Clipper Skipper, the race being started and finished in London. He has now returned to working with the team in the lead-up to the Rio 2016 Games as well as continuing to forecast for and participate in the major international yacht races.