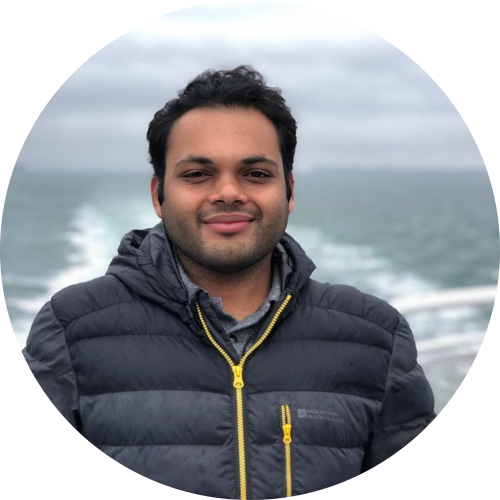 I am a Geological Engineering MASc student with Prof. Ulrich Mayer in the hydrogeology group. I completed my Bachelor’s and Master’s degree in Civil Engineering at the Indian Institute of Technology Kanpur. My research interest includes numerical modeling, data analysis, hydrogeology, subsurface gas migration, geochemistry, and mine waste.

Current Research: Gas migration plays an important role in many subsurface systems, especially those related to the oil and gas industry and groundwater remediation. Under some conditions, gas flow in porous media occurs in the form of bubbles rather than continuous channels depending on the relative magnitudes of buoyancy, capillary and viscous forces (Brooks et al., 1999; Mumford et al., 2009). Continuum models that solve a system of Darcy-scale multiphase equations are not generally capable of reproducing this unstable gas flow (Geistlinger et al., 2009). The macroscopic invasion percolation (MIP) approach is a modeling method used to simulate gas flow, including bubble flow, in porous media. This approach is based on the invasion-percolation theory (Wilkinson and Willemsen, 1983), but in the MIP approach, capillary pressures required for fluid invasion or withdrawal are represented for a subregion rather than for individual pore throats (Kueper and McWhorter, 1992). My current research aims to study the MIP formulation independently using MATLAB and them coupled with the MIN3P code, which solves reactive transport equations on the REV scale. This study can be applied to many real-world problems, including applications in the oil and gas industry to better understand factors influencing fugitive gas migration, dissolved gas transport, and geochemical reactions. The model results can also be used to establish quantitative conceptual models for fugitive gas migration and to develop best-practice monitoring and risk management strategies.

Past Work: My master’s thesis (IITK) analyzed the effect of Coriolis force, induced due to the rotation of the Earth, on regional groundwater flow. Much has been done to characterize the flow in a rotating porous media (Auriault et al., 2002; Geindreau et al., 2004), but very few attempts have been made to analyze the effect of Coriolis force on groundwater flow. The research showed that although the effect of the Coriolis force on the magnitude and direction of the fluxes is small, the cumulative effect of Coriolis forcing leads to the deflection of the flow direction and dissolved particles traveling along the flow path in large extensive aquifers. Multiple simulations were done for a test heterogeneous aquifer under select boundary conditions which shows the Coriolis force leads to the development of secondary circulation perpendicular to the main flow direction. These results suggest that the mixing patterns in an aquifer may vary over long periods of time and large distances from those otherwise predicted using the existing models.