Metamorphism and the Evolution of Plate Tectonics

Metamorphism and the Evolution of Plate Tectonics

At present, Earth’s mantle convection, which facilitates planetary heat loss, is expressed at the surface as plate tectonics. When plate tectonics emerged and how it has evolved through time are two of the most fundamental and provocative questions outstanding in Earth science. Metamorphic rocks, those that have experienced solid-state mineral transformations due to changes in pressure (P) and temperature (T), record periods of burial/exhumation and heating/cooling that reflect the tectonic environments in which they formed. Changes in the global distribution of metamorphic P–T conditions in the continental crust through time offer insights into the secular evolution of Earth’s tectonic processes. Modern convergent plate margins are characterized by metamorphic rocks that record a bimodal distribution of geothermal gradients (change in temperature with depth, parameterized in this talk as metamorphic T/P), in the form of paired metamorphic belts, corresponding to metamorphism near to (low T/P) and away from (high T/P) subduction zones. In this talk, I will evaluate the emergence of bimodal metamorphism as a proxy for secular change in plate tectonics using a statistical evaluation of the distributions of metamorphic T/P through time. I will argue that Earth’s modern plate tectonic regime developed gradually since the Neoarchaean Era in conjunction with secular cooling of the mantle and associated changes in the thickness, buoyancy and rheology of oceanic lithosphere, resulting in an evolution in the styles of both subduction and collisional orogenesis. 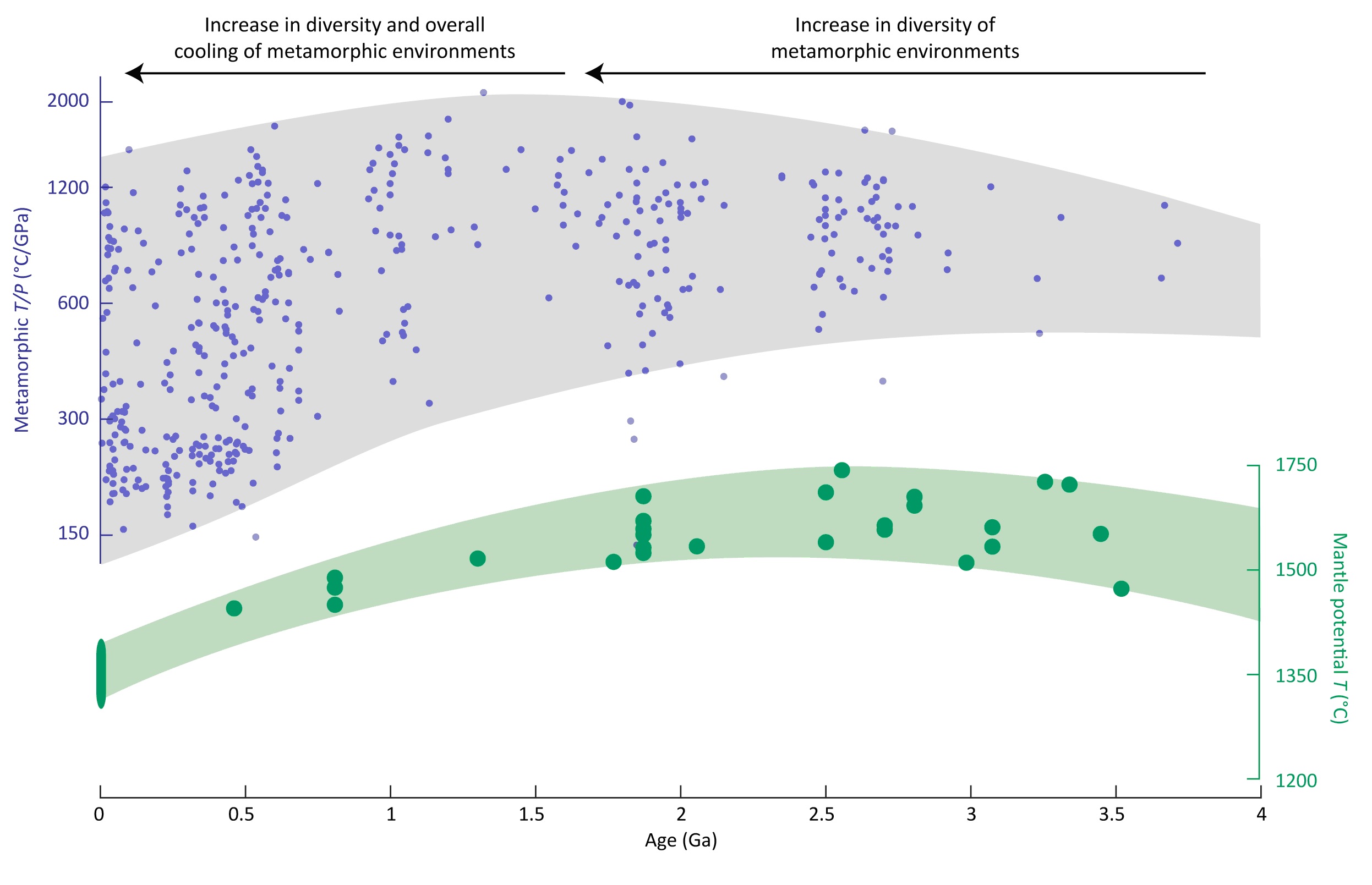