Uncovering the subsurface by merging physics and geology with data science: A diamond exploration study

The DO-27 kimberlite pipe is a geologic structure located in the Northwest Territories, Canada. Two known kimberlite facies are found within the pipe: one is diamondiferous and characterized by a low-density while the other is magnetic but sterile. They respectively produce gravity and magnetic anomalies that can be measured remotely and used to image the subsurface and map underground resources through a mathematical process called inversion. When multiple surveys with different physics are collected over the same area, combining them in a coherent interpretation can be complicated by apparent inconsistencies between the inversion results from each method due to the lack of integration. Our novel inversion framework, which merges physics simulation with data science, overcomes those issues by performing multi-physics analysis that incorporates petrophysical and geological information, thus making a step forward bridging geology and geophysics. By jointly analyzing the gravity and magnetic responses produced remotely by the pipe, We improved the delineation of the 3-D subsurface structures of the two known kimberlite facies and located a third previously unidentified facies. Those new tools are highly flexible, making them suitable for many problems related to estimating the resources available for a sustainable future, such as minerals, water, and carbon sequestration capacity. 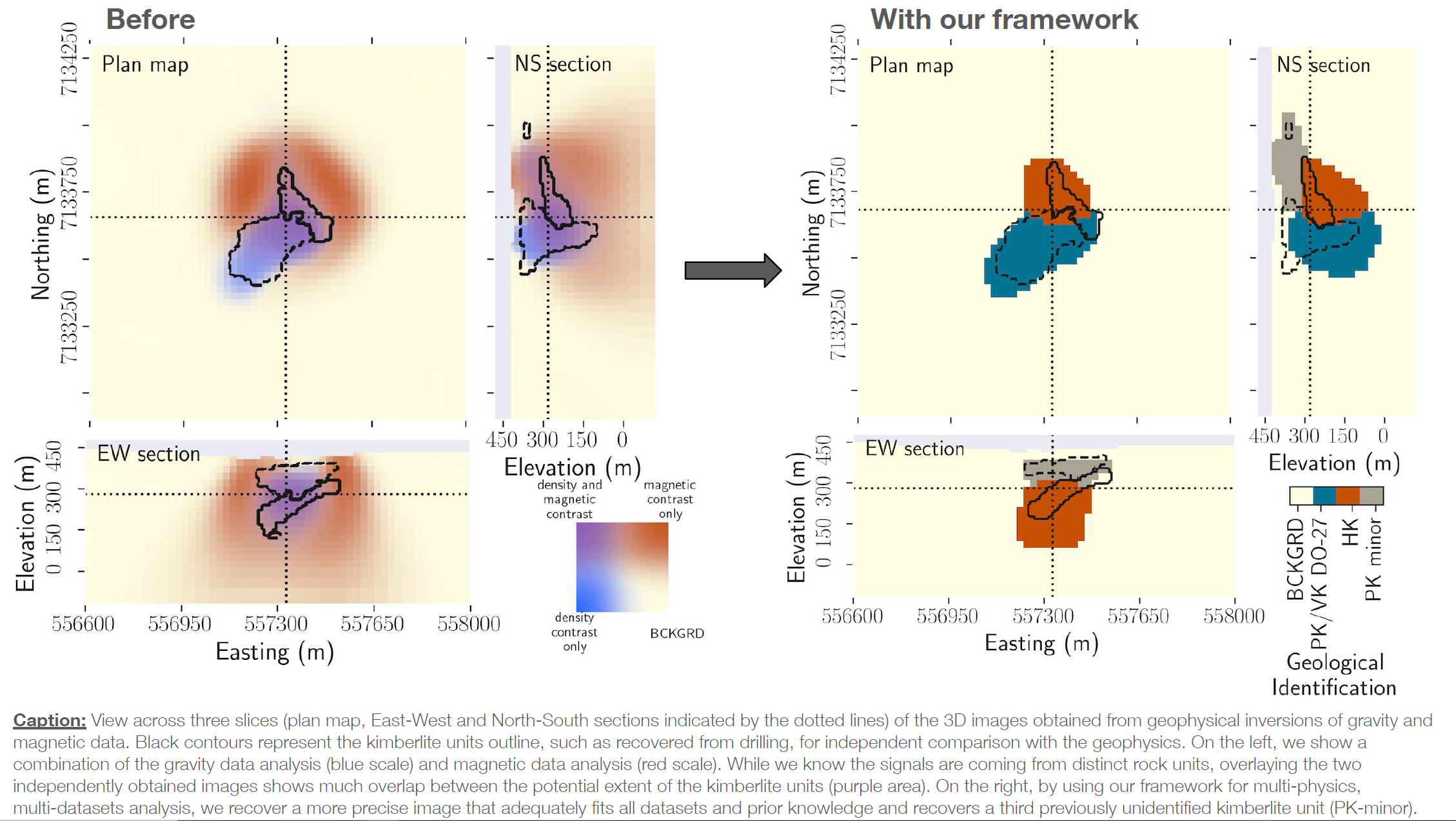