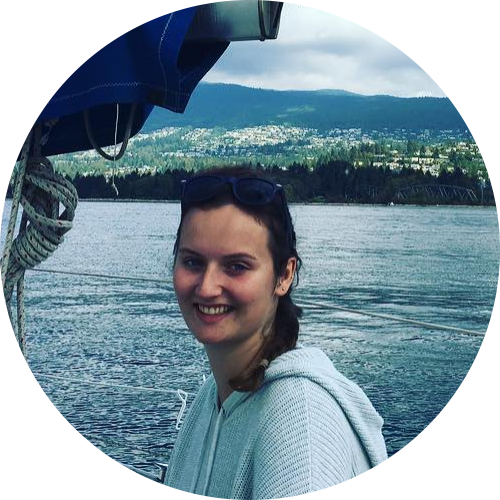 The aim of my PhD project is to constrain the sensitivity of shallow, rapid landslides in British Columbia to changes in hydroclimate. I am currently focusing on the application of Synthetic Aperture Radar for shallow landslide detection in densely forested, mountainous terrains. ​

Thousands of landslides are triggered each year across Canada by excessive rainfall, seismic activity and anthropogenic stimulants. According to the Government of Canada, terrestrial landslide account for an estimated $200-$400 million in direct and indirect costs annually. With the effects of climate change becoming ever more present, concerns have been raised about the link between the proposed future intensification, in both frequency and magnitude of extreme rainstorms (Radić, Cannon et al. 2015), and the suspected associated increase in mass movements such as landslides (Jakob, Lambert 2009).

British Columbia (BC) is a high-latitude area, making it particularly sensitive to future fluctuations caused by human induced climate change. The mountainous nature of the region, its growing population and the associated demands for resources, have always placed development pressure on potentially-hazardous landscapes leaving the population and settlements of BC at risk. Past research has suggested that under the current 8.5 Representative Concentration Pathway (RCP) climate projection, by the end of the century, the watersheds of North Vancouver’s could experience as high as a 300% increase in the frequency of shallow landslides (Jakob, Owen 2021). In light of these mounting concerns for public safety and for emergency preparedness it has become apparent that the region requires a robust method of predicting how future climate scenarios will influence these mass movements.

When designing a study to improve upon the fundamental understandings of how climate may influence landslide frequency, it is important to ensure that the method of data collection will not result in bias, i.e. landslides and climate should be handled as separate phenomena during data collection. Due to SAR’s ability to map through clouds, as well as its insensitivity to light, it is one of the most capable sensors of producing the first images for landslide events particularly for those events triggered by heavy rainfall (Joyce, Samsonov et al. 2014). InSAR has been widely used for early detection, continuous monitoring and risk assessments of landslides due to its cloud-free and wide-swath observation capability (Ohki, Abe et al. 2020). However, detection of rapid shallow landslides in regions such as BC has proved problematic. This is due to significant decorrelation between SAR acquisitions caused by the motion of the landslide itself, the mountainous terrain and the highly vegetated (forested) nature of the region (Ohki, Abe et al. 2020). Areas that experience landslides should be represented by low coherence and high phase variation zones in InSAR. Past research has shown that it is possible to detect landslides in forested mountainous areas by using a combination of Pol-SAR, InSAR and DEM parameters, however it can prove difficult to integrate many of the parameters derived from the individual data sets (Ohki, Abe et al. 2020).

2017-2021: Senior Geophysical Field Technician at Xradar BC Inc, Burnaby, BC