Environmental Interfaces: What are they and why are they important?

Environmental interfaces are defined as regions along which different compartments of the hydrologic system meet and interact. These compartments include the saturated zone of aquifers, the vadose zone in unconfined aquifers, surficial soils, and surface water bodies, including rivers, lakes and oceans. Processes in these compartments are often studied in isolation. However, it is common that the degree of reactivity is highest at the interfaces between the compartments. As a result, processes at environmental interfaces play an important role in local, regional and global chemical balances, and can have significant impacts on the fate of both organic and inorganic nutrients and contaminants migrating from one compartment to another. 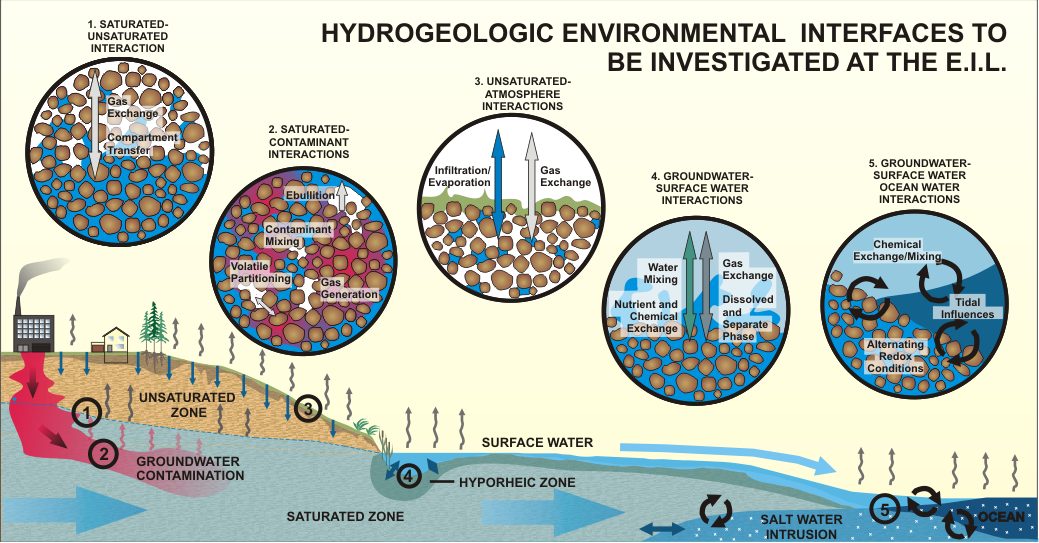 Environmental Interfaces: Difficult to Characterize in the Field

There are substantial limitations associated with conventional in-situ investigation of interface interactions in the field as they vary both spatially and temporally and occur on small spatial scales that are difficult to target in field investigations. These practical limitations can make discrete process identification and quantification a challenge. The lack of control during field investigations provides the motivation to address processes at environmental interfaces in controlled laboratory experiments that can be heavily instrumented. The new Environmental Interfaces Laboratory (EIL) has been designed to host a variety of experiments that allow data collection with the necessary spatial and temporal resolution to resolve processes at interfaces in dynamic environments.

Research in the UBC EIL

Research in the EIL focuses on reactions and mass transfer processes at the interfaces between the saturated groundwater zone, overlying soils, and the atmosphere. These processes have implications for biodegradation and longevity of organic contaminants, the weathering of mine waste, and groundwater-surface water interactions. In addition, interfaces provide important controls on interactions between the water cycle and a range of ecological processes such as carbon dynamics and nutrient fluxes at the terrestrial-aquatic interface.

The Environmental Interfaces Laboratory is hosted in a 200 m2 facility located in the new Earth Sciences Building (ESB) at UBC. The laboratory is designed to house experiments at various scales, including large scale experimental reactors. The lab opened in September, 2012. 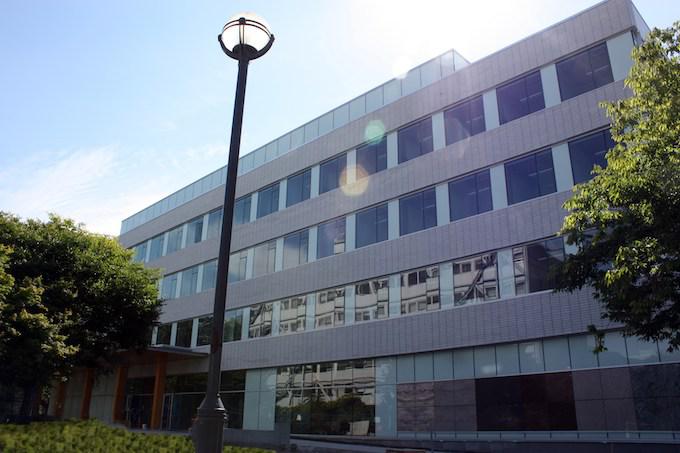 The sand tank reactor is integral to the experimental facility at the EIL. The reactor is 4 m long, 1 m wide and 1.5 m high and is equipped with an inflow and outflow plenum. The system was specifically designed to simulate flow and transport of water and soil gas under dynamic conditions. For example, a fluctuating water table caused by seasonal changes or induced by tidal oscillations in water levels. The system is also equipped with a conveyor to facilitate the filling of the unit and to allow sediment to be emplaced in a fashion similar to natural depositional processes. The reactor is equipped with 300 sampling ports for collection of gas and water samples. System operation such as flow control and data collection is automated and computer controlled.

We have extensive equipment available for data analysis and continuous monitoring of relevant environmental parameters. Specifically, we maintain the following instruments:

Contacts at the EIL: